Mara Guseynova, soprano, was born in Baku (Azerbaijan) in 1998. As a teenager she surprised the audience and critics with the beauty of her voice and musicality. Already during her education she gave concerts and performed repeatedly on the stage of the Baku Philharmonic with the State Chamber Orchestra and the Youth Symphony Orchestra.

Mara already has an extensive solo repertoire. Upon invitation of the Sacramento Youth Symphony she performed in November 2017 in Sacramento with the Sacramento Symphony Orchestra under the baton of Mustafa Mehmandarov.

In summer 2018 she returned to California with several concerts in Sacramento and Los Angeles, where she performed works by Italian, German and French composers.

In November 2019 she sang the soprano part in “Requiem in C minor” by Michael Haydn.

After graduating from the Music School in 2015, Mara was accepted as a doctoral student in the class of Professor Uta Schwabe at the Music and Art University of Vienna at the solo singing faculty. She is a member of the singers of the project “Live music now”.

Mara Guseynova lives in Vienna and St. Petersburg and has won prizes at international competitions in Estonia, Latvia and Russia. 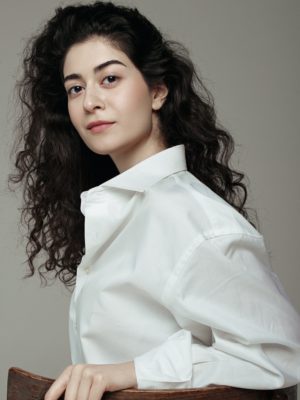